Edit
watch 01:40
The Sandman Will Keep You Awake - The Loop
Do you like this video?
Play Sound 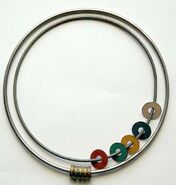 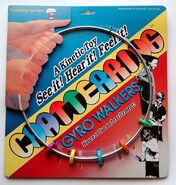 The playing of chatter rings was a huge fad in New Zealand from mid 1996 until early 1997.

Chatter rings are small stainless steel rings with 5 brass beads attached, threaded on the main ring. You spin the ring and the beads revolve at high speed, and in a distinct manner. And make a lot of noise.

Although highly popular, chatter rings were banned at some schools in New Zealand, as they were very distracting and highly engaging. But at least they were affordable, and many people loved them.

Today, chatter rings can be still be purchased new from the original Jitter Ring manufacturer in New Zealand at http://jitterring.co.nz. The Jitter Ring NZ website contains a lot of chatter ring information and links.

Legend of The Jitter Ring:http://jitterringmaui.com/2011/legend-of-the-jitter-ring/

Community content is available under CC-BY-SA unless otherwise noted.
Advertisement